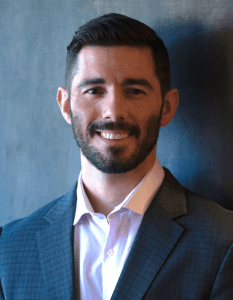 Sander's practice is devoted to fighting corporate misconduct and helping clients in California and Arizona who have been harmed by insurance companies.

Sander attended college at Arizona State University. In 2013, he graduated cum laude from California Western School of Law in San Diego, California. During his first year of law school, Sander was awarded three Academic Achievement Awards after earning the top grade in three different classes, a Distinguished Advocate Award for taking first place in a four-round oral advocacy competition, an Academic Merit Scholarship for his academic performance, and a Faculty Award for his contributions to the law school. He worked as an Associate Writer and Editor on the school’s Law Review and International Law Journal, served on the Community Outreach Committee tutoring at-risk youths, and was named to the Pro Bono Legal Honors Society in recognition of his pro bono work in San Diego.

Sander developed a passion for trial work during law school. He studied trial strategy while interning with Rick Friedman of Friedman|Rubin, and honed his skills in court as an intern at the San Diego Public Defender’s Office. Since law school, Sander has successfully handled multiple jury trials.